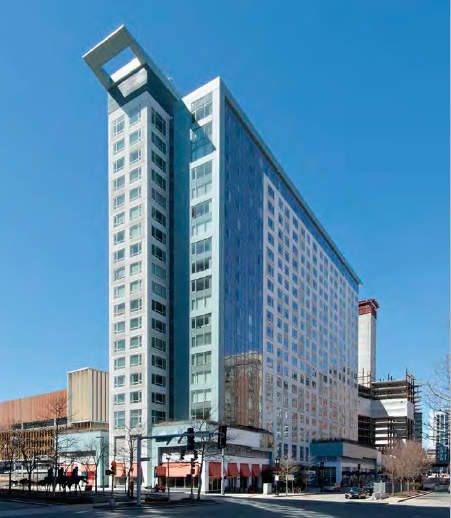 GID announced today that it has acquired Waterside Place, a 236 unit apartment community located in Boston’s Seaport district, an area that has been a magnet for Boston’s residents and companies in recent years due to the influx of new office space and destination retail. Waterside residents will also enjoy walking access to Boston’s Financial District, vehicular access to the East-West via I-90 (<10 minutes to Logan Airport) and North-South via I-93, and transit access via the MBTA’s Silver Line, Red Line, and Commuter Rail.

Built in 2014, the Property consists of seventeen stories of residential space above a two-story podium that contains the parking deck (70 spaces), ground-floor retail, and leasing office/lobby. The Property features a dedicated concierge, a 24-hour fitness center, several recently renovated resident lounges, and conference rooms for work-from-home residents. Residents also have access to two outdoor decks with grills, bocce courts, garden plots, and a fireplace. The in-unit luxury finishes include a stainless steel appliance package, granite countertops, tile backsplashes in the bathroom and kitchen, and washers and dryers.

Chad Russolillo, Vice President of Eastern Region Acquisitions at GID commented, “As a Boston-based company, it meant a lot to us to take part in the exciting growth that has occurred in the Seaport. Waterside Place is well positioned to enjoy all the benefits of such a dynamic neighborhood as it continues its ascendance as a preeminent location in Boston for jobs and lifestyle.”